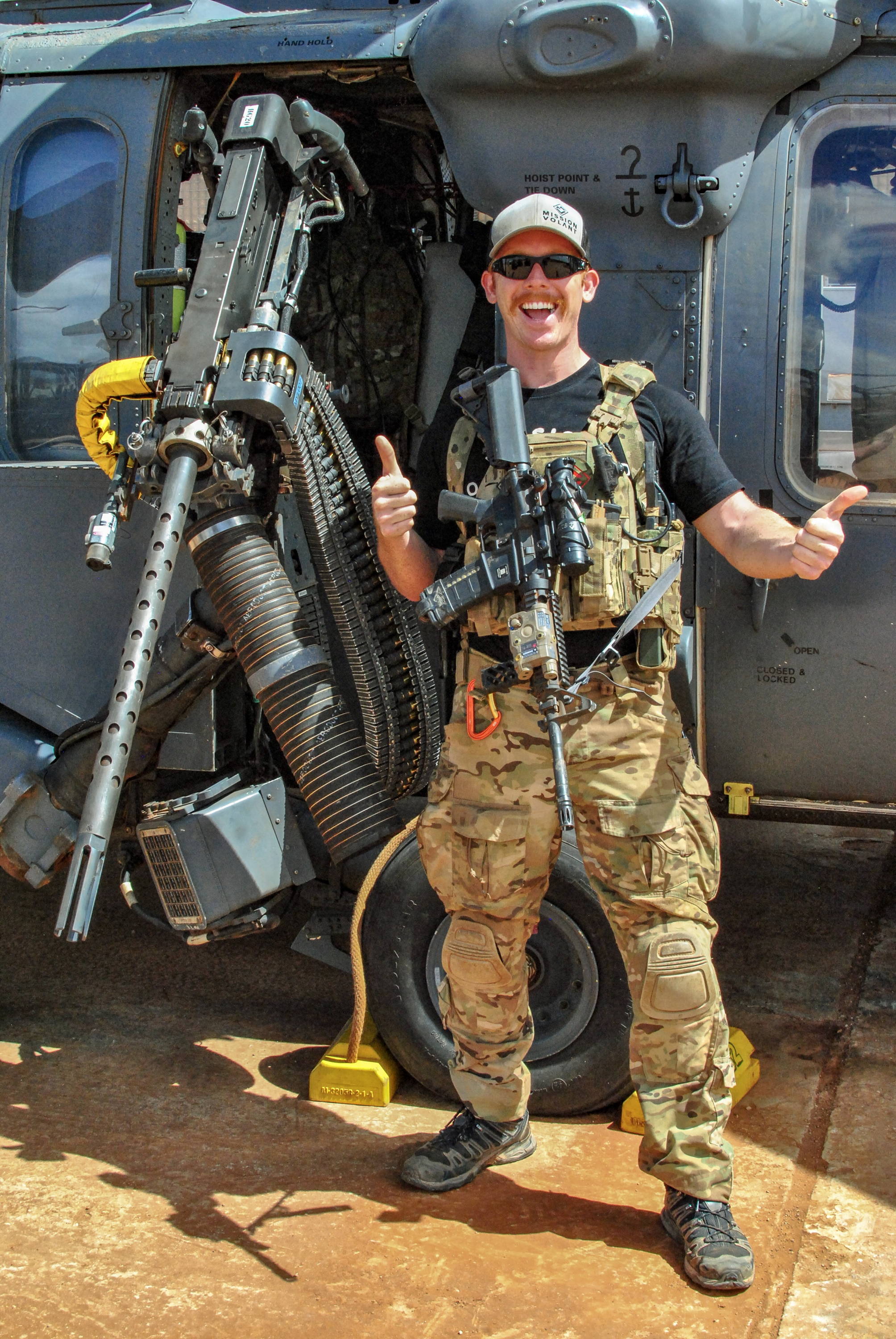 Christian Meyers is an 11 year veteran, performing as a Special Missions Aviator for Combat Search and Rescue with the US Air Force. During his time in the Air Force Christian accrued 3 combat deployments to Afghanistan, and East Africa twice. During this time Christian performed over 140 Combat Missions including MEDEVAC, CSAR, SOF Integration, body and aircraft recoveries, and local humanitarian support.

Outside of combat time, Christian has responded to nearly every major natural disaster or civil unrest event in the last decade, including Hurricanes Sandy, Harvey, and Florence, CA wildfire MEDEVAC and Helicopter Firefighting, integrated operations with the DEA, CBP, FBI SWAT, among other agencies, and a litany of other training and stateside operational events.

Overall, Christian retired with over 1600 flight hours and has rescued over 300 people, received 9 Air Medals, and achieved the final rank of Technical Sergeant (E-6).

Outside of his military career, Christian is very passionate about being active and philanthropy. During Christian's pursuit for all things exciting, he fell in love with Skydiving. Accruing well over 2000 skydives, receiving multiple instructional ratings, and a professional rating endorsement as well. Additionally, he has taken over 1000 people on thier first skydives, including over 100 veterans for free introductory skydives to help get them involved in new communities. Among his other interests and passions include BASE Jumping, weightlifting, and snowboarding. 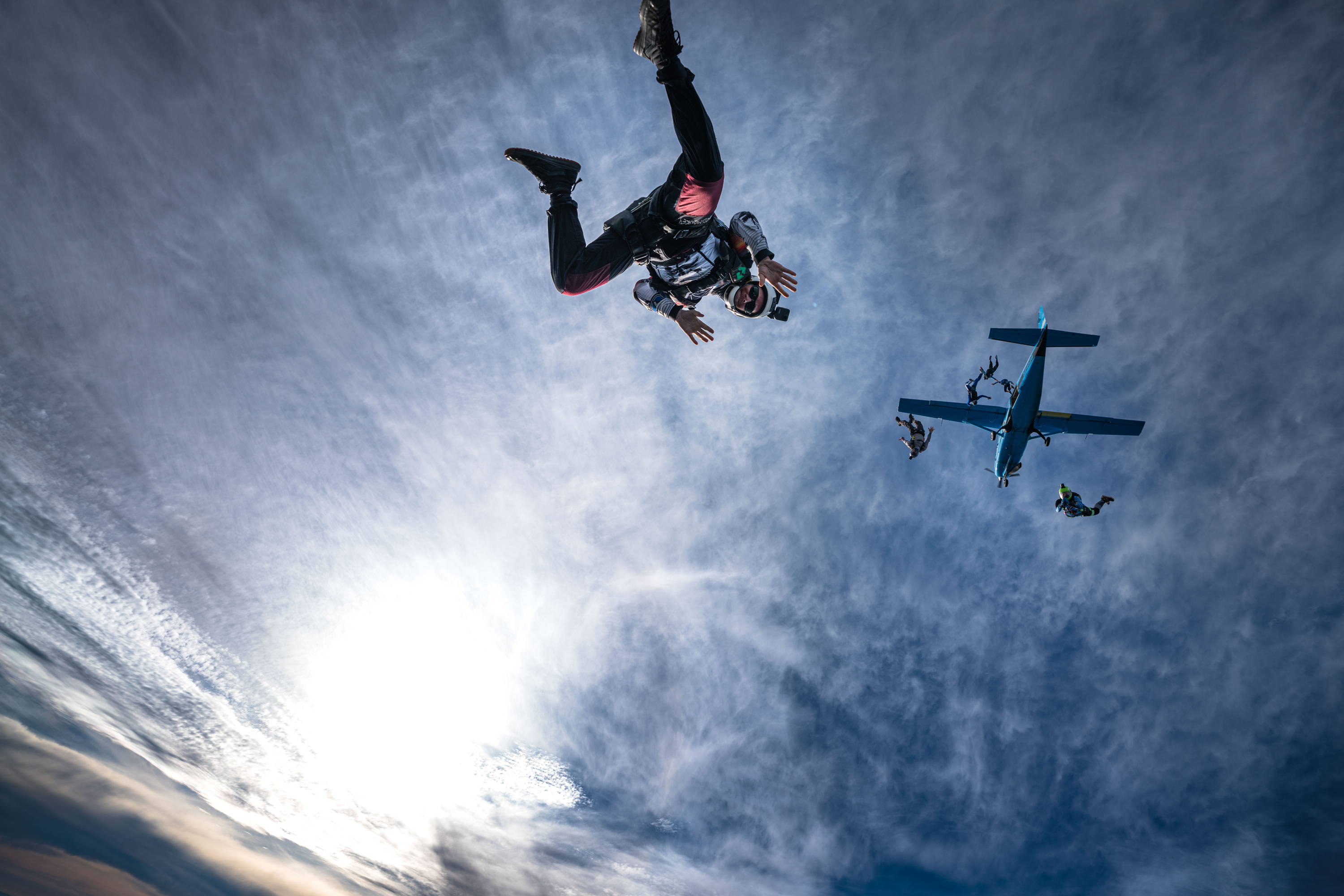 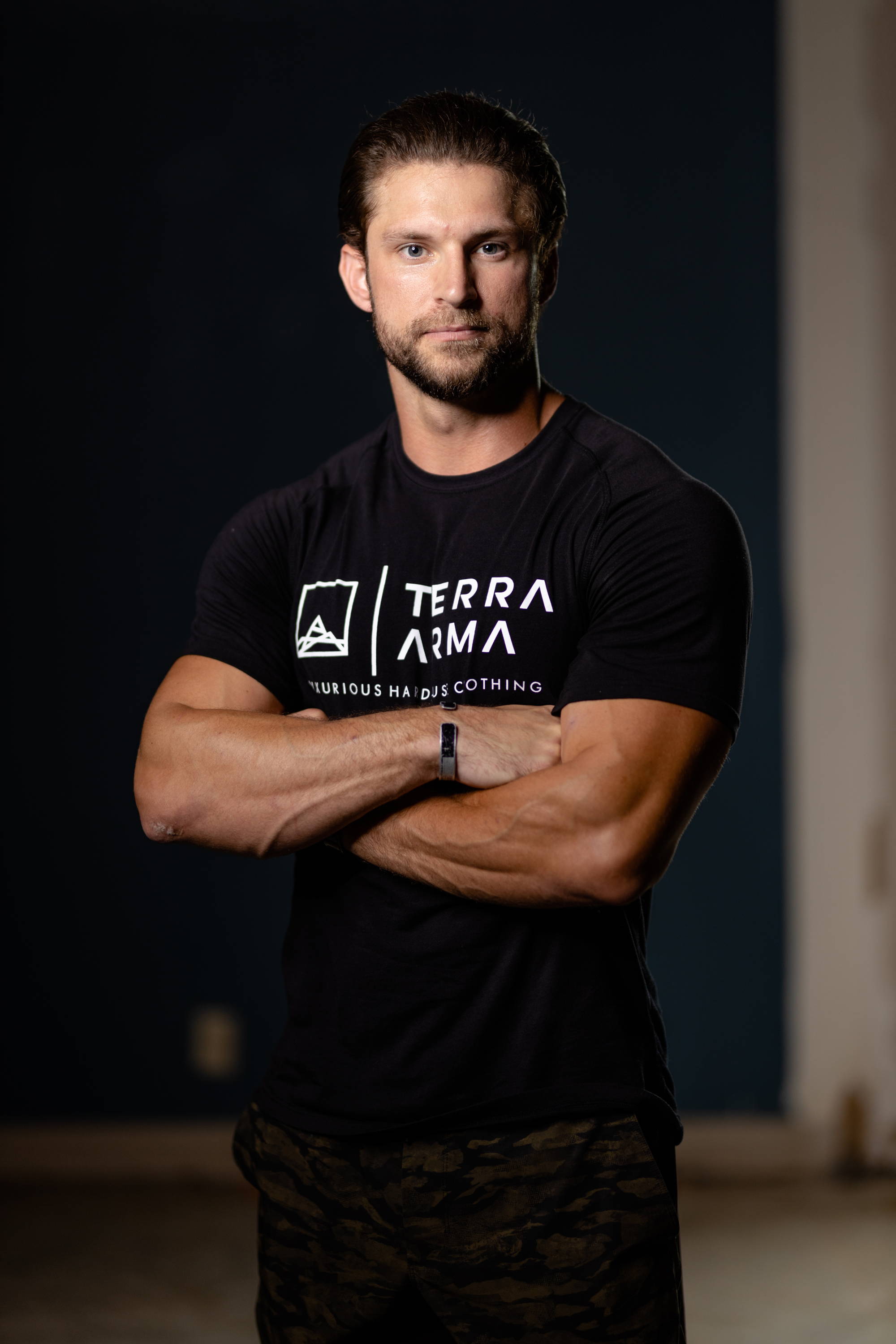 David would become an Army Ranger with the 2nd Battalion/ 75th Ranger Regiment in JBLM, Washington. He served on three combat deployments to Iraq and Afghanistan supporting multiple roles in CSAR, HVT operations, and QRF support. On September 19, 2010 during David’s third deployment, his life would be changed forever.

During an operation David stepped on a pressure plate IED in the entry of a doorway into a room he was clearing. The IED was wired in series to over 12 pounds of additional explosives, which thankfully did not detonate, saving his life. He would however lose his left leg, severely damage his right calf, break his back, and incur a major TBI (Traumatic Brain Injury).

David would eventually end up at the Brooke Army Medical Center, Center for the Intrepid in San Antonio, Texas for his recovery. After 11 additional surgeries, and multiple series of physical therapies David would begin his life again, with the same ferocity and ambition as before.

He would go on to graduate from University of Texas San Antonio with a degree in Athletic Medicine, and enter into medical school soon after. Prior to beginning medical school, David was introduced to celebrity Chef Robert Irvine who saw potential for David to succeed in business - so Robert invited him on board. David would go on to hold a position as Vice President of The Robert Irvine Foundation a 501(c)(3) serving active military and veterans through financial and general support).

David is now the Co-Owner and COO of Terra Arma, as well as Co-Host on the Medevac Podcast. 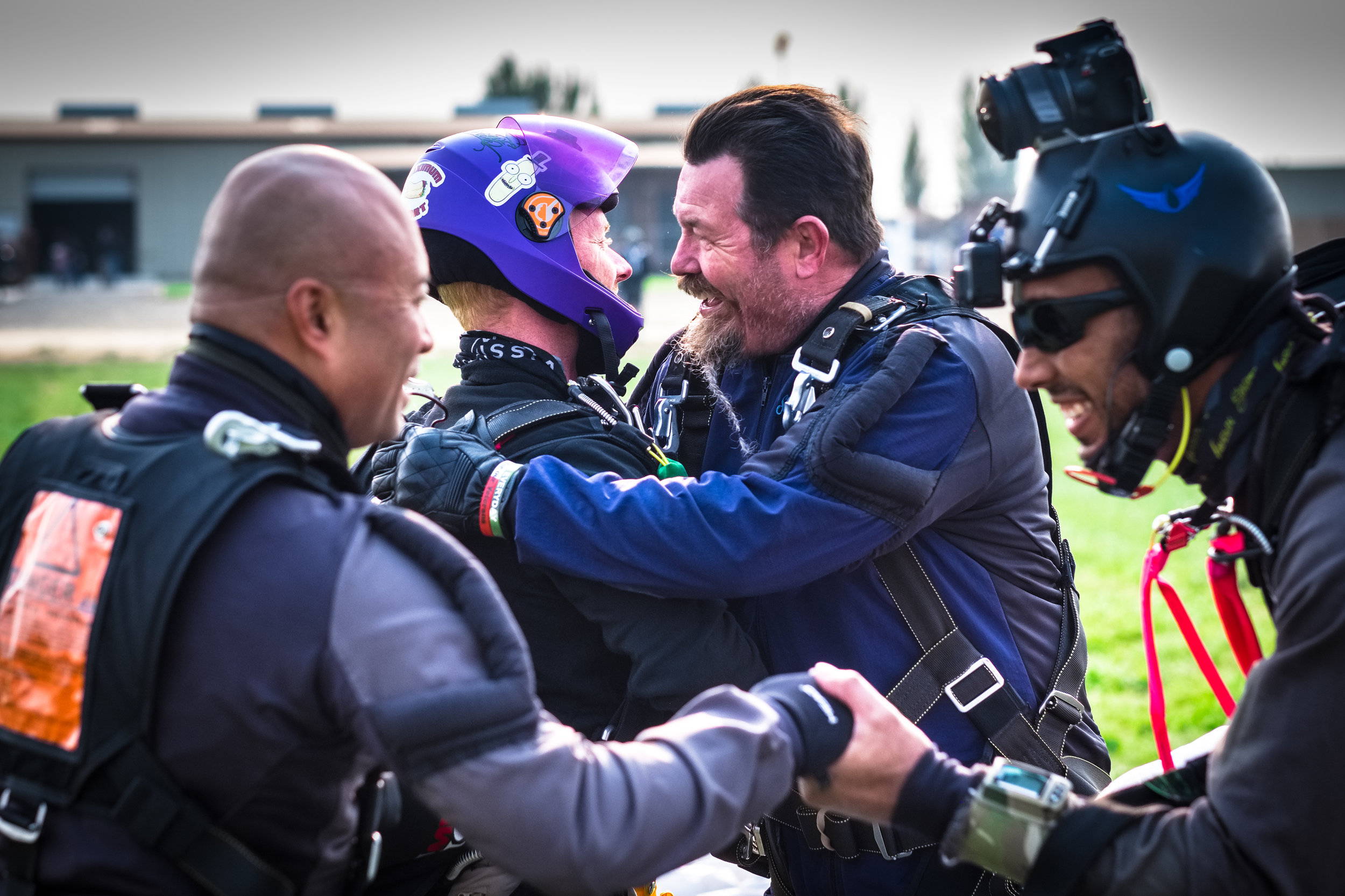 Philanthropy and giving back to the Veteran and Public Service communities are some of the biggest driving factors behind Terra Arma. We want to be able to provide exceptional products to these people, and also give back to the ones who can no longer serve. This is why we pledge a portion of our proceeds to associating non-profit entities who support these people every month.

You can follow along with our philanthropic ventures at the Ascend Together Initiative, or through our email and social media updates. You can also inquire about having an organization of your choice be the recipient of our monthly donations by emailing info@terraarma.com 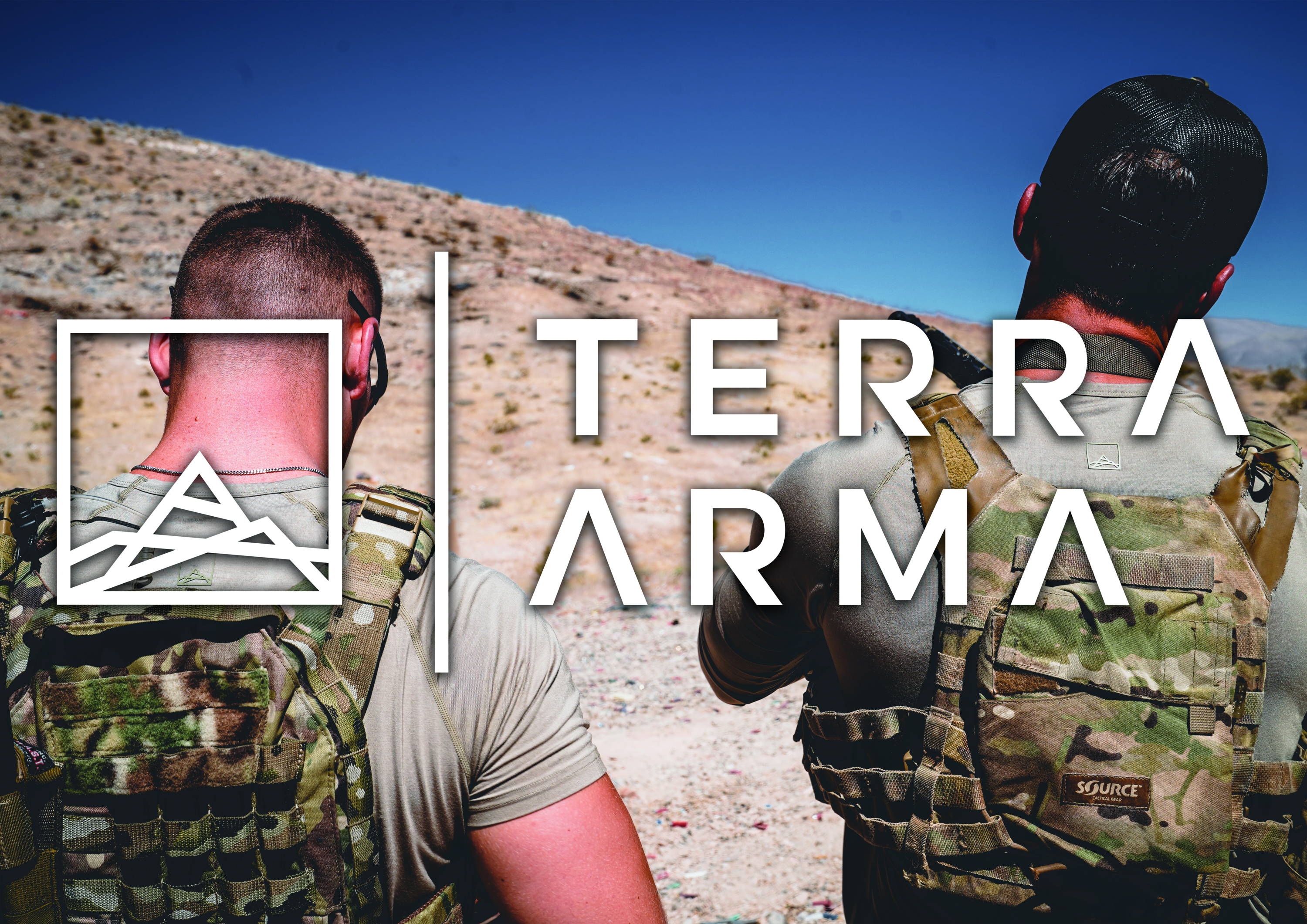 Purpose: Terra Arma’s core mission and driving force is to produce the most luxurious hard-use clothing on the planet.  We use natural and renewable resources with a thoughtful approach to construction of our products.  We design every aspect of every product around our end users and their requirements. We promise to never compromise on quality of product, to provide the best customer experience possible, and to ensure a positive and inclusive work environment for our employees, with no exceptions. Terra Arma is committed to giving back to the veteran and first responder community, and pledges a portion of all profits to a deserving charity that aligns with our vision.